How much do you know about the traditions and customs of the upcoming Spring Festival? Are you ready for all the fanfare and exciting events to come?

Chinese New Year is one of the most important holidays for the various Asian countries throughout, with all of the family members gathering together for:

During New Year’s Eve, people would also gather together for a family reunion dinner (年夜飯) and visit the lunar new year markets (逛年宵) that would be decorated with that extra festive flair. On the first day of the lunar year, they would swarm to the temples to claim the first prayer (上頭炷香), attain blessings (祈福), watch the fireworks show (燒炮仗) and Lion Dance (舞獅), visit their relatives (拜年), give or receive red packets (派红包), and various many more traditions depending on the area and culture.

Besides all that, people often eat rice cake (年糕 ‘Nian Gao’) made from glutinous rice flour and sugar, as the word cake (糕 ‘Gāo’) and the word for high/tall (高 ‘Gāo’) had the same pronunciation, so the consumption of rice cake held the meaning of ‘attaining greater heights with every step’ (步步高升). Glutinous Rice Balls were also a definite favorite choice of dessert after the Family Reunion Dinner, as the tasty round treat carried the meaning of a harmonious family circle and joyous gatherings.

Many treats often carry such different meanings behind their names and origins and one excellent example is the Pineapple tarts. “Nastar” cookies or “Tat Nenas”, a local term for the snack, adopted its’ name from “ananas taart” in Dutch which means pineapple tart. Our post here dives into the magic behind these bite-sized delicious pastries.

The word for the pineapple fruit in Chinese dialects (E.g: Hokkien and Cantonese) is “Ong Lai” or “Wong Lai”, a homonym for “Wealth Arrives”, so the act of gifting pineapple tarts to friends and family is about bringing prosperity and fortune to them for the upcoming new year ahead.

Wishing you a prosperous every day and we hope you give our very own local pineapple tarts a try! 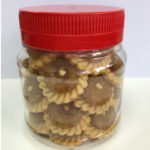 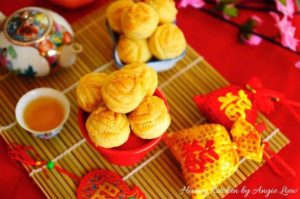